Growth in the Columbus Market

The greater Columbus, Ohio, market is quickly becoming one of the nation’s fastest growing areas. Early this year, Intel announced its plan to invest in Ohio as the new site of two cutting edge chip factories. With construction beginning in the Columbus suburb of New Albany (a $20 billion investment in the initial phase), the Columbus metro area is preparing for intense economic impact and a forever-changed market. According to Intel, this decision will influence the state of Ohio immensely; "As the largest single private-sector investment in Ohio history, the initial phase of the project is expected to create 3,000 Intel jobs and 7,000 construction jobs over the course of the build, and to support tens of thousands of additional local long-term jobs across a broad ecosystem of suppliers and partners" (Intel). While the Columbus area has seen growth in several local sectors over the past decade, Intel suggests that this profound impact will reach much further than just Ohio. The investment has already attracted several suppliers and ecosystem partners to aid in supporting Intel's operations, and their investments will further improve the U.S. Semi-conductor system on a national scale (Intel).

To gain real insight into Intel’s potential impact on the region, greater Columbus residents need look no further than Intel's chip plant in Chandler, Arizona. Production began at the Arizona Intel plant in 1980, when the agricultural city of Chandler had a population of 10,000. Now, in part to Intel's investment, Chandler, Arizona, is home to more than 270,000 people and provides a significant economic boost to the region. According to a 2019 report, Intel contributed a total of $3.89 billion to Arizona's GDP (Phoenix Business Journal).

Amidst the big Intel news, the City of Columbus continues to work to promote job and population growth, having signed an economic development agreement this year containing a strong job growth incentive, specifically, a "40% break on income taxes for the next 25 years on new jobs in the district" for Ohio State University’s Innovation District. The University pledged to create "12,000 net new jobs, create about 300 affordable housing units out of 1,500 new residential units overall, and involve minority- and women-owned construction companies in the 270-acre project southwest of Lane Avenue and Kenny Road" (Columbus Business First). This is in addition to the more than $700 million in construction in progress surrounding Ohio State University’s campus.

Bringing these new jobs to the region will require many more residents, and the accelerated population growth will present several obstacles for housing development to keep the city’s economy running smoothly. According to Realtor.com, Columbus is among the top 10 housing markets projected to see the most growth in 2022, predicting sales will increase by 13.7% and prices will rise by 6.3%.  As more residents try to find suitable housing the market supply will most likely continue to be constrained, even with rising interest rates.

With a history of steady population and economic growth, the greater Columbus area continues to put itself on the national stage with the significant financial commitments made by both a new-to-the-region company in Intel and a long-time Columbus ambassador in The Ohio State University. Thanks to these companies and institutions, along with many local and regional companies, the greater Columbus area will continue to grow and thrive for many years to come. 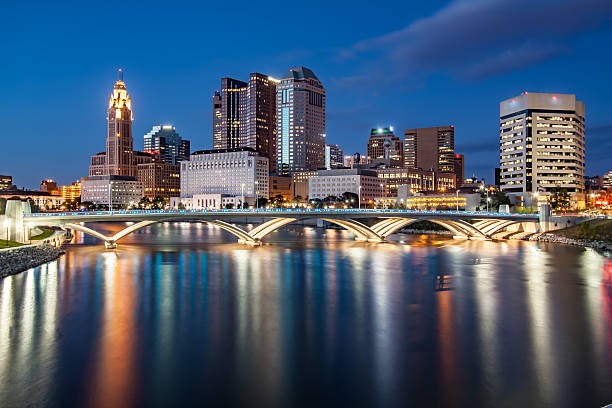 For its new retail concept, pOpshelf, Dollar General has pledged to open approximately 1,000 stores by the end of the 2025 fiscal year (pOpshelf). The brand offers affordable and trendy merchandising, and their mission is to create an exciting environment for shoppers to enjoy the fun and unique things in life. The company sells a wide range of products, such as home décor, party goods, beauty supplies, toys, entertainment items, and much more. pOpshelf emphasizes the experience of shopping and encourages the customer to explore their products in an almost treasure hunt-like fashion, with their merchandise on a constant rotation to keep consumers excited to come back for more!

As of July 2022, the company has opened 75 pOpshelf locations in the U.S. across seven states, including Georgia, North Carolina, Tennessee, Alabama, Texas, South Carolina, and Florida (ScrapeHero). The retail concept occupies spaces of roughly 9,000 SF and targets younger and wealthier women as opposed to Dollar General’s slightly older and more rural target market (RetailWire). According to Dollar General, “over 90% of the merchandise sold by pOpshelf costs $5 or less” (CNCB). Dollar General is well on its way to achieving their expansion goal since its announcement in December 2021, and they are continuing plans to reach new markets across the country.

Clients
It has been 2 years since COVID-19 brought our daily life to a halt, and consumers today are constantly seeking new experiences and thrills. Entertainment concepts that took a hit from the pandemic seem to be getting back on track, and forward-thinking big box entertainment concepts continue to evolve. Further, many entertainment franchises have entered the retail scene, occupying space in shopping centers and malls following a trend known as “retail-tainment.”
Dave and Buster’s, the restaurant and entertainment chain, suffered greatly throughout the pandemic. Now, they are on their way back to pre-pandemic success levels, boasting 6% higher revenue’s than the chain made in 2019. The video game arcade company has learned to adapt to the changes brought on by the pandemic, and have even introduced a mobile app that allows users to pay and play right off their phones (National Restaurant News). Recently, Dave & Buster’s acquired Main Event, a state-of-the-art "all you can play" entertainment concept, for $835 million according to Shopping Center Business.
Many developers are accepting that entertainment is a major player in the future of retail. In 2018, Jim Becker, Senior Executive/Director at Goodman Real Estate Services, represented Main Event in the deal that introduced the entertainment venue to the Northeastern Ohio market in Avon, Ohio. Jim Becker currently represents Launch Entertainment, an exciting leader within the family entertainment industry that offers trampoline courts, dodgeball, rock climbing, laser tag, virtual reality rooms, ninja courses, an in-house restaurant, beverage services, and more. On a mission to rapidly grow their national reach, Launch Entertainment has recently opened new locations in Florida, Massachusetts, Michigan, Virginia, Texas, and are looking to expand to Ohio. The franchise currently has 80 centers open and under development.
Scene75 is a similar concept, with a full restaurant, bar service, and over 100 games available to play. The company was named the #1 Entertainment Center in the world by the International Association of Amusement Parks and Attractions in 2016 and 2021. Scene75 offers several attractions, including Indoor go-karts, laser tag, blacklight mini-golf, virtual reality room, a 4D motion theater, bumper cars, arcade games, bars, a restaurant, and more.
Topgolf International is an excellent example of an entertainment concept that continues to evolve. Each Topgolf facility offers an engaging way to eat, drink, socialize, and play a game of simulated golf. High-tech golf balls are hit from climate-controlled hitting bays, aimed at targets throughout the giant outfield, and the balls score themselves. Every location is created differently, varying between single-level and multi-level venues. The Nashville location is home to a two-story live performance venue, over 200 HDTVs, a rooftop terrace with a skyline view, and a VIP deck with a private balcony and bar. The chain opened 10 new venues in 2021, and there are 9 new facilities currently being built (GolfPass).Topgolf has built over 74 facilities in the past two decades, and they are continuing to expand and innovate to improve customer experience.
Beyond Golf and X-Golf are similar golf entertainment concepts, but they operate indoors and on a much smaller scale, fitting well in shopping centers. Beyond Golf is a venue that allows players to enjoy gourmet food, craft beers, and cocktails, all while playing games on popular golf courses around the world through a high-definition simulator. X-Golf also offers games of simulated indoor golf with over 50 open locations in the U.S., occupying roughly 10,000 square foot spaces. At X-Golf, players can take golfing lessons, play on virtual courses, enter tournaments, and enjoy a full bar and restaurant. In 2021, Steve Altemare, Senior Vice President; and Rob Yaskanich, Senior Director, at Goodman Real Estate Services Group LLC, represented the landlord in the transaction that brought X-Golf to the Avon Commons shopping center.
The "retail-tainment" trend has excelled as the population shifts more towards online shopping, and many shopping centers and retail spaces are seeking tenants that will appeal to consumers in different ways. Decades ago, it would be uncommon to find entertainment and restaurant concepts anchoring shopping centers. Now, movie theaters, restaurants, arcades, bowling alleys, and new forward-thinking concepts have become an attractive addition to retail centers, and even help to boost the success of surrounding retailers. 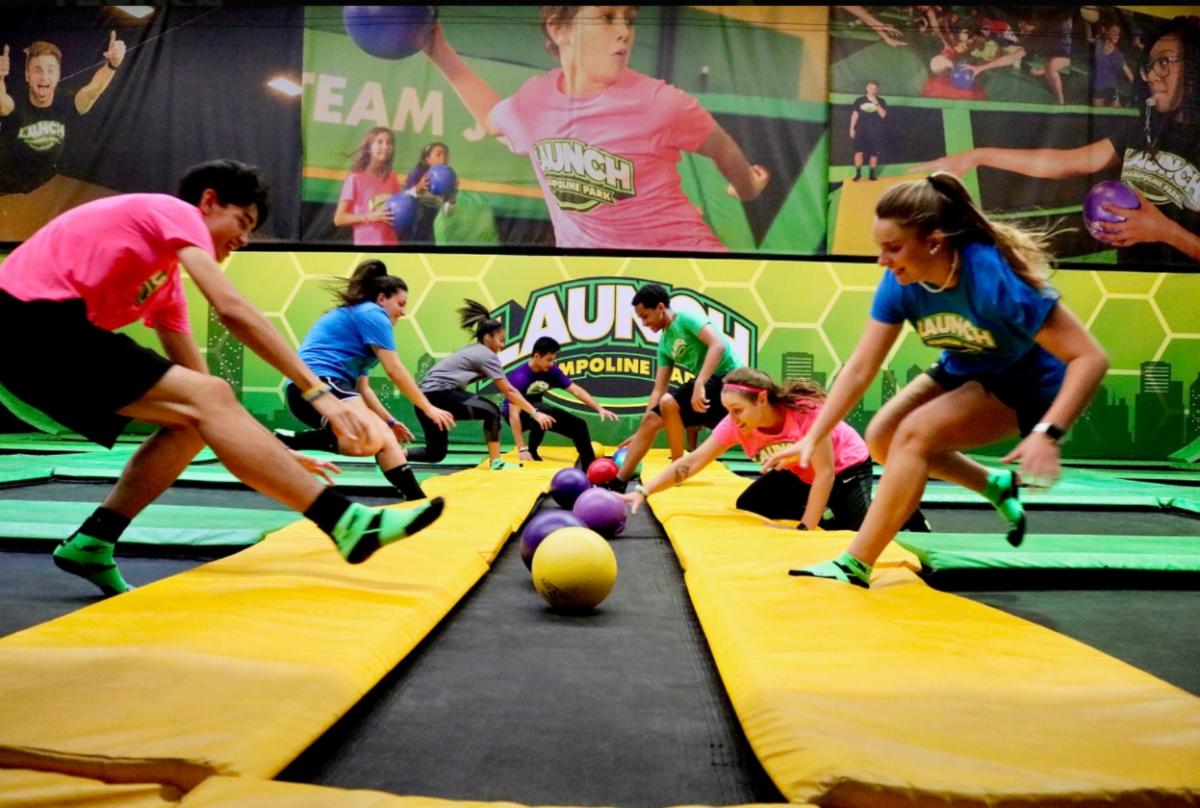 Clients
Healthcare has become more local as medical retailers strive to offer convenient alternatives to hospitals or geographically distant office spaces. Medical providers across the country are seeking sites in retail locations such as storefronts, malls, and shopping centers to repurpose as both urgent and primary care facilities. In 2020, nearly seven in 10 adults in the United States were visiting a health care provider in a shopping center or enclosed mall or strip mall, following a survey done by ICSC. This trend of healthcare retail has only escalated since the pandemic.
According to The New York Times, medical providers are taking advantage of depressed rents to open facilities within malls and shopping centers located in suburban and rural areas, even entering big-box spaces vacated by department stores. Following a pandemic that forced many retail stores to close, Landlords are also seeing the benefits of working with medical tenants who typically sign long-term leases and are financially reliable (Advisory Board).
WellNow Urgent Care, recently purchased by Aspen Dental, is a company that has followed suit by opening urgent cares in retail locations throughout New York, Ohio, Michigan, Illinois, and Indiana. In Rochester, New York, a former Sears department store will soon be the home of a 350,000 square foot orthopedic healthcare campus, offering surgical services amidst several fashion, sports, and entertainment retailers at the Marketplace Mall (The Wallstreet Journal). Concierge medicine has also been on the rise, providing a popular option for patients looking for accessible healthcare, personalized services, direct access, and shorter wait times. Concierge doctors are more affordable than ever, and they do not require traditional medical real estate spaces. From minute clinics to surgery centers, medical retail has turned into a new commercial real estate norm. 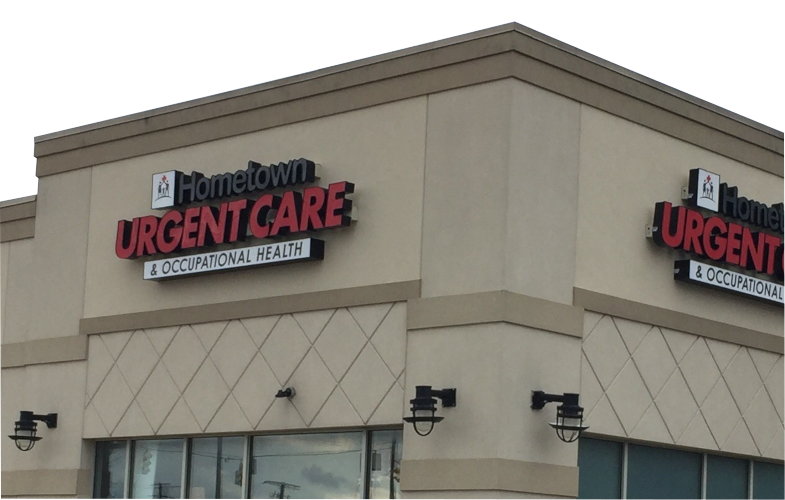