Restaurants & Retail Leading the Way for a More Sustainable Future 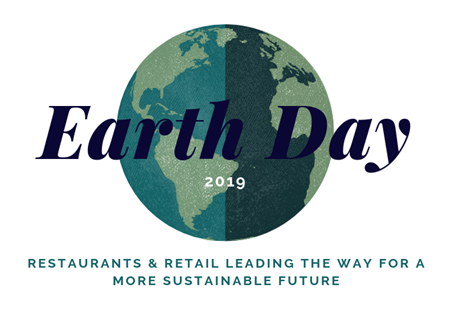 To honor Earth Day this year, we’re taking  a look at how the day came to be and how certain restaurants and food-related retailers are making strides to adapt and become more eco-friendly.

Earth Day is celebrated on April 22 of each year and began as the modern environment movement in 1970. During a time in America when leaded gas, industrial building smoke stacks, and air pollution were not highly contested, the first Earth Day was introduced by Gaylord Nelson, then a U.S. Senator from Wisconsin, who witnessed the devastating effects of the 1969 oil spill in Santa Barbara, California. His goal was to enforce environmental protection into the national political agenda. By the end of 1970, that first Earth Day led to the creation of the United States Environmental Protection Agency and the passage of the Clean Air, Clean Water, and Endangered Species Acts. By 1990, Earth Day went global and encouraged those around the world to participate in a day that put environmental consciousness on the forefront. While much has been done to protect the Earth since 1970, issues such as global warming and plastic pollution in our oceans have forced changes in the consumer experience.

Many restaurants are now adjusting to the eco-conscience movement to not only attract consumers but also save money and cut costs.

While restaurant chains aren’t often associated with eco-friendly strides, it is evident that people are eating out and encouraging these places to make changes. According the U.S. Department of Agriculture, people spend more than half of their food budget on eating out. So, there is a opportunity for restaurants to prioritize a green initiative. Here’s a list of a few that are making advances.

Yum! Brands is responsible for KFC, Taco Bell, and Pizza Hut, and is a member of the United States Green Building Council. The brand has built over 30 LEED-certified buildings which help conserve water, boost energy efficiency, and reduce waste and plans to incorporate these practices in all other locations.

Taco Bell is often an unspoken place for vegetarian and vegan-friendly options. Ditching meat has a huge impact on the environment and cuts down on a person’s carbon footprint. The chain makes it easy to substitute any menu item to make it meatless.

Chipotle has a program where they donate any used equipment and furniture from restaurants to local schools, nonprofits, and other organizations, rather than sending them to a landfill and is working toward diverting 50% of its waste across all stores from landfill by 2020. The chain also announced 80% of restaurants will work with the Harvest Program to reduce food waste and donate leftover food to community programs. They ensure employees are trained to practice “mindful prep” to ensure as little waste as possible.

Starbucks has recently become the largest food and beverage retailer committed to eliminate plastic straws from it’s over 28,000 company-operated and licensed stores by introducing straw-less lids or alternative-material straws, available worldwide, by 2020. It’s estimated that there are at least 437 million plastic straws along shorelines around the world, just a small sample of the 8 million metric tons of plastic that end up in the ocean each year. This initiative by Starbucks doesn’t just have a positive impact on environment but hopefully encourages other retailers and restaurants to make the changes as well. 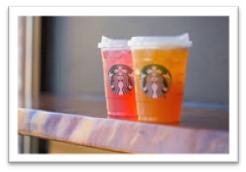 Giant Eagle started their Waste to Animal Feed Program in 2017. This turns unsold bakery and produce items into feed for area farms and dairies. This effort reduces landfill waste while helping decrease expenses for local farmers. The program has donated 586 tons of produce and bakery waste for animal fee. 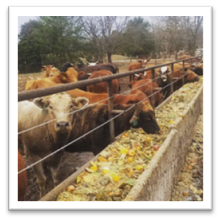 Food-related industries have seen many advances for sustainability and must continue as environmental issues become bigger debates in the future. The sooner these retailers get creative about waste and their impact on the environment, the better off the Earth will be.