Welcome to our blog! Our blog will give us the opportunity to share news, updates and success stories we have going on here at Goodman Real Estate. Thank you for visiting!
Categories
Tags
Authors
Teams
Archives
More
More
Print 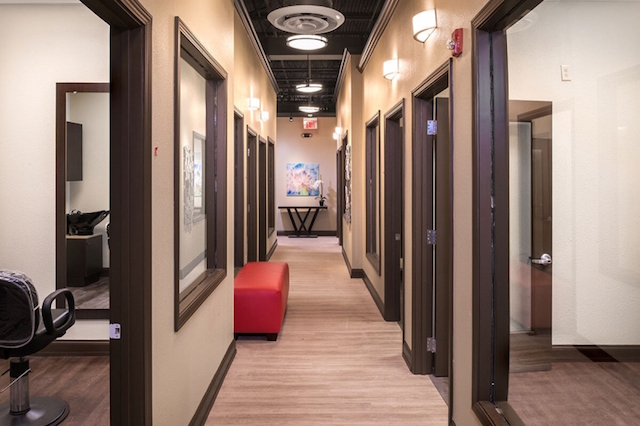 In the beginning, there were hair salons for women and barber shops for men. The traditional idea of a one-stop beauty or barber shop has shifted over the years but has recently been deconstructed into many other businesses.

For a service that is considered essential for many, the beauty industry has been steadily changing over the years. One transition within the industry has been the use of "salon suites," such as Salon Lofts, My Salon Suites, and Sola Salon Studios. In this environment, stylists have their own space or "suite" to conduct their services, where they are free to set their own hours and run their own business. Stylists rent their own individual space, clients stay separated, and the interaction occurs in a private setting. While this trend has been on the rise for about a decade, as many beauty professionals decided they would rather rent a suite than be staffed at a hair salon, the shift to suites accelerated following the 2020 pandemic, as customers preferred less human contact. In the same stroke, many salon owners have stopped requiring stylists to be on staff and actually prefer to rent out salon chairs due to the uncertainty of staffing longevity in a post-pandemic world.

Further, the hair salon has splintered off into several separate businesses, creating a sort of deconstructed hair salon. While nail salons split off from hair salons decades ago, other components of the beauty salon such as waxing, threading, and laser hair removal have opened as separate businesses in recent years as well. For example, European Wax, Milan Laser, skin care concepts such as Allure MedSpa, hair blow out concepts such as Drybar (which focuses solely on washing, blow drying, and hair styling), and other typical spa services such as massage and tanning all represent concepts that used to be exclusively offered in a traditional beauty salon or spa, but are now entirely separate businesses. The success of these individual concepts has hurt traditional salons, as many clients opt for a specialized professional they can visit in a separate trip verses going to the same business for all salon and spa services.

The shift from traditional salon services has also put pressure on discount hair salons, such as Great Clips and Supercuts. These locations have typically attracted men and children rather than women. Now, salon concepts designed specifically for children have entered the scene, such as Cuts N Curls for Boys & Girls, Rock Paper Scissors Kids Hair Salon, and Sharkey’s Cuts for Kids. Many men have also made the transition from discount hair salons to more of a classic men’s salon, like a traditional barber shop with a modern spin. These concepts, such as Sport Clips, Hammer & Nails, and Lady Jane’s Haircuts for Men, cater to the beauty grooming needs of men and provide more of an experience. These concepts also resemble a reconstructed version of the classic barbershop that discount hair salons pushed away in the first place, but now with more services.

While the demand for more beauty services has played a role in the creation of these individual businesses, the deconstruction of the traditional salon has also been accelerated by the rise in independent suite businesses. This idea of individuals leasing a small space on their own, coupled with the many individual businesses that have spawned from many services commonly found in the classic hair salon and spa “all-services-in-one-location” approach, has certainly reduced sales in traditional hair salon establishments. The newer, personalized concepts may not replace the typical hair salon completely, but they have surely limited their growth going forward.