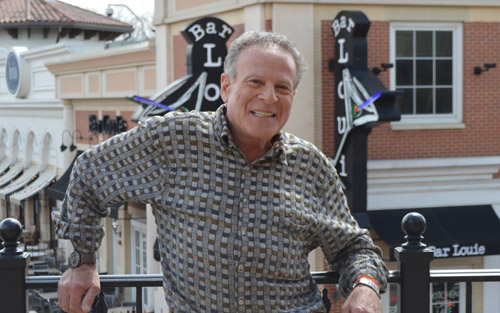 Associate Broker
vCard
Contact No. : (216) 210-0221
This email address is being protected from spambots. You need JavaScript enabled to view it.

Bobby Benjamin is an Associate Broker with Goodman Real Estate Services Group LLC. Bobby has worked in the retail industry for over 30 years, is experienced in mall and strip center leasing, tenant representation, and specializes in big‐box disposition/acquisition. In the 1990’s, he began leasing strip centers and a regional mall, completing 70 deals, including the expansion of a Kohl’s unit and bringing in a new Sears anchor, while subleasing over 640,000 square feet of vacancies for Kmart. The second half of the decade, Bobby was the broker for Samuels & Associates’ Midwest office where he handled multiple properties for lease and did tenant representation, including six BJ’s Wholesale Clubs in Ohio and disposition for Walmart. Before joining Goodman Real Estate, he held a brief and very successful sole proprietorship, choosing to join the company at Randy Goodman’s invitation in order to share opportunities and his strengths going forward. Having leased, bought, or sold over 6 million square feet of recycled big boxes, Bobby has been instrumental in bringing together landlords, tenants, buyers, and sellers. This was highlighted by the leasing of a vacant Home Depot EXPO Design Center in Cleveland that became an LA Fitness and Ohio’s first Nordstrom Rack. Bobby has over 450 transactions to his credit. These include 16 deals for Portrait Innovations, six deals for Gabriel Brothers, 41 deals for Rural King totaling over 4 million square feet, 22 leases for the landlord of Legacy Village, which was Cleveland’s first lifestyle center, and seven leases for Pinecrest, Cleveland’s newest lifestyle center.